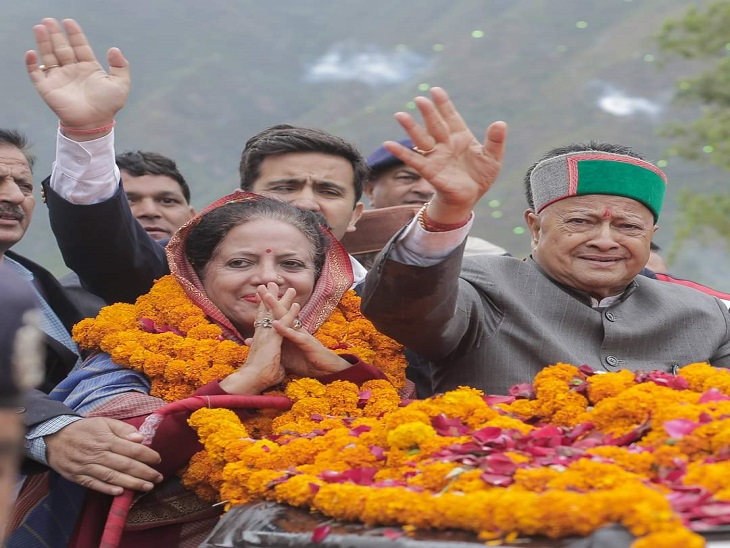 After the reshuffle in Congress, various discussions have started in the corridors of power. Especially people are raising questions on raising an army of 4 working presidents with the President of the Pradesh Congress Committee (PCC).

Political analysts believe that the Congress high command has done this under a well thought out strategy. PCC Chief Pratibha Singh’s working will be strengthened by the former Chief Minister becoming the working president of four loyal Congressmen.

That’s why the big bet is believed

Before the assembly elections, the Congress High Command has constituted 15 different committees besides the PCC president, four working presidents and election campaign committee chairman. In most of the committees, senior leaders have been made chairman. According to political analysts, due to the coronation of such leaders by the high command, their political stature has increased in their respective constituencies. This has also increased the chances of such leaders winning the upcoming assembly elections.

The conditions of Himachal are different from Punjab

Shimla’s senior journalist Dhananjay Sharma said that of course the formula of four working presidents with president is failing in Punjab, but the situation in Himachal is different from Punjab. This will strengthen the Congress party. He told that the high command has reshuffled the organization by balancing caste and regional. By delegating the responsibility to most of the leaders, the Congress has eliminated the scope for internal strife.

Mahajan is considered a good strategist

The high command has appointed Harsh Mahajan, who belongs to Chamba, as the working president. Mahajan has been very close to Virbhadra Singh. He is considered a good strategist. It is obvious that his appointment as working president will help Pratibha Singh in making election strategy.

Such simple ethnic and regional balance

OBC (Other Backward Classes) leader Pawan Kajal from Kangra has been given representation by making it the second working president. Vinay Kumar of Sirmaur belongs to SC community. Vinay Kumar has been CPS (Chief Parliamentary Secretary) in the previous Virbhadra government. The fourth working president has been made Rajendra Rana, who defeated former Chief Minister Prem Kumar Dhumal. The decision to retain Mukesh Agnihotri from the Brahmin community as the leader of the Congress Legislature Party further balances the caste equation.

Congress on the path of BJP

Usually, the glimpse of cost based politics has been seen in BJP, but this time the Congress high command has also given the message of caste best politics. According to the pundits of politics, in the coming days, when the Congress will go to the field for votes, then the party will get the benefit of caste equation during that time. If sources are to be believed, this formula has been given to Congress by famous strategist Prashant Kishor (PK).