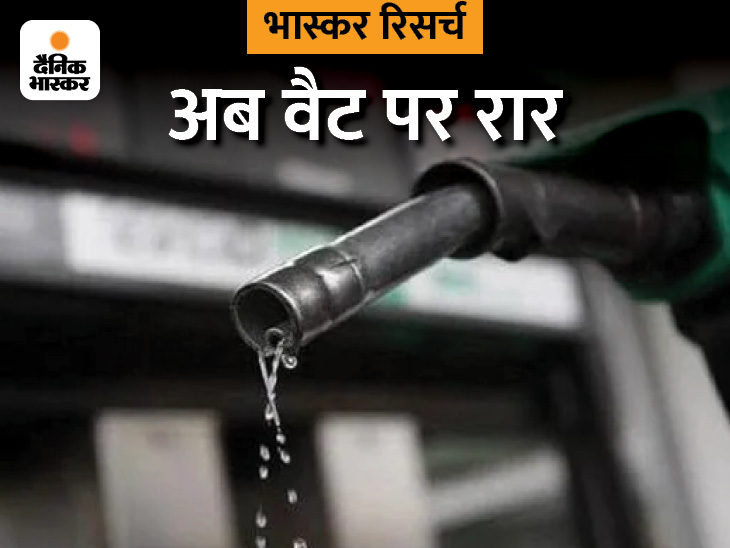 PM Narendra Modi’s statement has come to the fore regarding the rising prices of petrol and diesel in the country. During a meeting with the Chief Ministers, the PM referred to the rising fuel prices. It is known that the last relief on petrol and diesel was received about six months ago. Since then the prices have gone up to Rs 17 per litre.

In November last year, out of the 26 states that reduced VAT after the reduction of excise duty, there are 7 states where VAT is still more than 25% on petrol and 3 states have more than 23% VAT on diesel. Of the 7 states that did not reduce VAT, 4 have 25% or less VAT on petrol. Telangana, Assam, Rajasthan, Andhra and Kerala are among the top-5 states levying highest VAT on petrol. At the same time, the highest VAT on diesel is in Telangana, Odisha, Assam, Chhattisgarh and Kerala.

Modi appealed to the states to reduce VAT PM Modi said that the Central Government had reduced the excise duty in November last year to reduce the burden of rising petrol and diesel prices. States were also urged to reduce their taxes. Some states have reduced the tax here, but some states did not give its benefits to their people.

Targeting the state governments, Modi said that Maharashtra, West Bengal, Telangana, Andhra Pradesh, Kerala, Jharkhand, Tamil Nadu for one reason or the other did not listen to the words of the central government and the citizens of those states continued to be burdened. I pray that what was to be done in November, now by reducing VAT, you should pass on the benefit to the citizens.

Tax waived for 5 years if the Center pays the dues- Mamta
Mamta Banerjee said- We owe Rs 97807.91 crore to the Center. If the government pays it, I promise that for the next five years, I will waive the entire tax on petrol and diesel. We have been paying Rs.1 on petrol for 3 years. liters subsidy.

Central government should give account – Congress
Congress said- Excise duty on petrol at the time of UPA was Rs 9.48. and Rs.3.56 on diesel. litre. Now it has increased to Rs.27.90 and Rs.21.80. per litre. The Center should account for the Rs 27 lakh crore collected from excise duty on petrol and diesel in the last eight years.

Center to abolish cess- Telangana
Telangana’s Industry Minister KT Rama Rao said that the central government should abolish the cess on petrol and diesel across the country. With this we will be able to give petrol 70 rupees a liter and diesel 60 rupees a liter.