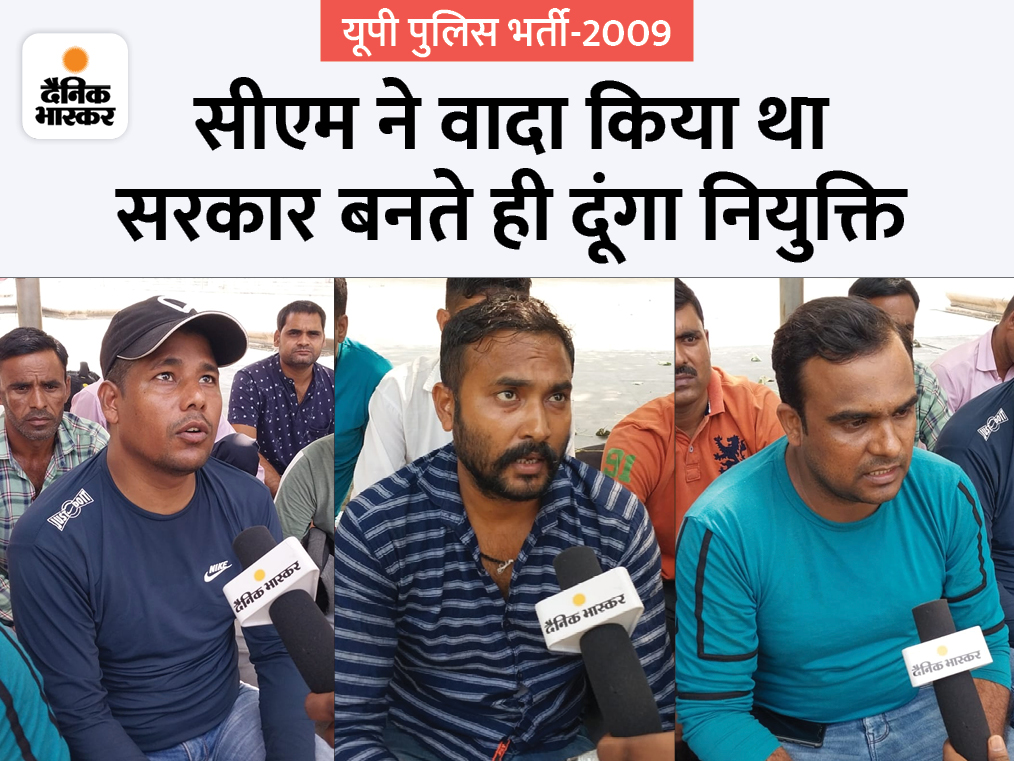 About 30 candidates of UP Police Recruitment 2009 are sitting on hunger strike since 5th September in Eco Garden, Lucknow. They have a copy of the order of the Supreme Court in which it is written that their demand is right, that demand should be decided. During the election rally, CM Yogi also gave assurance but no result came out.

These candidates, who have been waiting for their appointment for 13 years, are upset. All overages. They don’t have any option. Let us know their side.

All these candidates sitting in Eco Garden have come from different districts. They hope for justice.

Before knowing the side of the candidates let us know about this recruitment.

BSP government removed 35 thousand posts, 28,149 posts were filled
In 2009-10, there was a BSP government in the state. The then CM Mayawati announced 35 thousand recruitment in the police department. After the physical there was a written test. There were 6 questions in the paper which were wrong. When the result was released, due to those 6 questions, about 450 candidates were out of this recruitment.

Sandeep is leading this movement. He has a pass order from the Supreme Court in his hand.

When the candidates did not get the appointment, everyone filed a petition in the Supreme Court. The case of Anuj Dhama Vs UP Government was made. After hearing both the sides, the court ruled in favor of the candidates in 2017. Like the High Court, here also the government was ordered to give wrong number of questions to these candidates. But even after 5 years, they were not given that number.

We found out in some of the recruits whether their marks are given for wrong questions. Here are the examples of three such recruitments.

Candidates have got full marks for wrong questions.

This is a copy of the decision of the Supreme Court, in which the decision has come in favor of the candidates.

Then what is the problem with this recruitment?
Candidate Sandeep Patel says, “Everything is up to the government. When we go to the authorities, they have no option to dismiss, but they say, ‘Your case is too old.’” Now our issue has become old only because of the government.”

CM also gave assurance but did not give appointment
The candidates tell that during the assembly elections, Yogi Adityanath was doing a road show in Bulandshahr. At that time we met him. The CM had assured that if the government is formed after March 10, we will first get you people appointed, but even after 7 months, the appointment was not received. He has also gone to Janata Darbar twice.

Candidates said, we have no further opportunity. For 12 years we are fighting a legal battle.

What will you do if you do not get the appointment?
The agitating candidates say that we have no other option than this. We have been fighting the case for 12 years. We will not back down. If the government does not listen, we will commit suicide here.