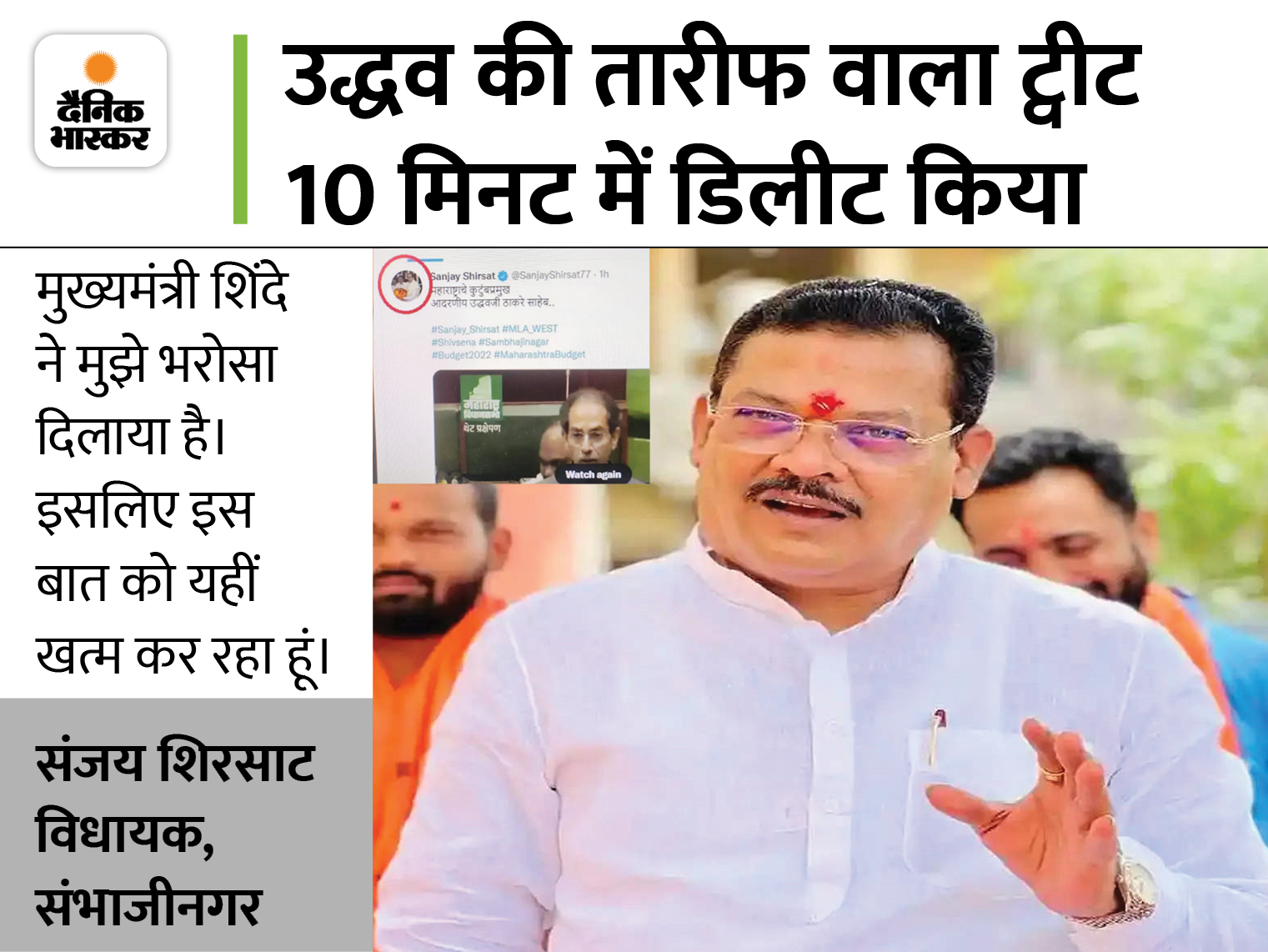 Rebellion has started in the Shinde faction on the fourth day of cabinet expansion in Maharashtra. MLA Sanjay Shirsat has praised Uddhav Thackeray after not being included in the cabinet. Shirsat is said to be angry with Chief Minister Shinde.

In a tweet, MLA from Sambhajinagar West, Sanjay Shirsat has described Shiv Sena as the family and Uddhav Thackeray as the head of the family. However, Shirsat deleted his tweet within 10 minutes. Shirsat clarified that this tweet happened due to technology. The Shiv Sena case is currently going on in the Supreme Court.

5 petitions are being heard in the Supreme Court on Shiv Sena dispute. The matter went to court on June 25.

The political deadlock in Maharashtra is still going on, understand in 2 points…

Shirsat said that there is still respect for Matoshree, we had asked him to take over the party and give the chief minister’s post to someone else.

This letter of Sanjay Shirsat was tweeted by Eknath Shinde on 23 June.

There was rebellion in Shiv Sena on June 20, Uddhav had to leave CM post
Under the leadership of Eknath Shinde, 15 Shiv Sena MLAs left for Surat from Mumbai on June 20. Later all these MLAs reached Guwahati, where their number continued to increase. On June 28, the list of 29 MLAs was released by the Shinde faction, after which Uddhav left the CM’s chair before the floor test. Eknath Shinde became the Chief Minister on 30 June.